Making the Most of MSP Memes

Memes have become a frequent way that people - and businesses - communicate nowadays. Today, we’ll go into why Internet memes resonate so strongly with so many of us, and we’ll share some that we find particularly funny.

What is a Meme, Exactly?

Believe it or not, the meme originated as an academic term in biologist Richard Dawkins’ 1976 book The Selfish Gene. Dawkins theorized that societies evolve to create different units of cultural transmission - a conclusion that is supported millions of times, each and every day, through the use of Internet memes. Memes are simple messages, typically combining text with an image, communicating underlying opinions, beliefs, and thoughts of the people who create them, as well as those who share them. They can be found everywhere nowadays, covering essentially all of the human experience.

A successful Internet meme requires three variables to be fulfilled: its longevity, its fertility, and its copy-fidelity. In simpler terms, popular memes stick around, which means it is used and edited repeatedly, and can be used in various, if similar, situations. In even simpler terms, popular memes are the ones that people relate to and use frequently, just because they are so relatable. Social media has allowed the use of memes to explode into the public lexicon, fully embedding themselves into the culture and applying to any topic one wishes to comment upon.

Some of Our Favorite IT Memes

Of course, this format lends itself quite strongly to humor, simply through their relatability. As a managed service provider, we have our particular favorites:

The context of this meme relies on some background knowledge of the base image. Pictured is Chris Pratt (whose film credits now include Guardians of the Galaxy, The LEGO Movie, and Jurassic World, among others) in what many consider to be his breakout role - Andy Dwyer, of Parks and Recreation. The character, while kind-hearted and earnest, is famously a little behind the eight ball in most matters, which is why this particular quote structure was used to create this meme. In this case, the general lack of awareness that many have about managed services (at least, compared to the stereotypes of break-fix IT) is turned into a humorous commentary on the growing popularity of the managed IT approach.

This particular meme is derived from a considerably well-known scene from the first movie in the Taken franchise. In the movie, retired CIA field agent Bryan Mills receives a panicked call from his daughter as she is being abducted during her Eurotrip. As the people abducting her pick up the phone, he warns them to let her go, stating that he has “a particular set of skills” that they wouldn’t want to be on the receiving end of. This meme warps this context to apply it to what a managed service provider can bring to a business.

Memes can also be derived from cartoons. The one above could potentially be turned into five different ones, but we got a chuckle out of this particular cartoon, so we wanted to share the whole thing. However, if you wanted to convert this cartoon into a more “traditional” meme format, the result might look something like this:

Of course, memes can be used as a play on a well-known phrase to give the observer a different takeaway. For instance, this image is drawn from the famous scene from The Matrix when Morpheus is explaining the nature of “reality” to the newly recruited Neo. Rather than revealing that the world as Neo knows it is a computer simulation, the Morpheus in our meme is explaining the fundamental truth of cloud computing. The cloud is only a confusing concept until you realize that it is simply someone else’s computer that, via the Internet, you can access and use for a variety of different processes.

Ah, yes, the classic “turn it off and on again” joke. This meme borrows Lt. Commander Montgomery Scott from the U.S.S. Enterprise and its Star Trek to deliver this often-mocked bit of IT advice. As the Chief Engineer of the craft, “Scotty” would be the Enterprise’s equivalent of a mechanic, but due to the highly computerized nature of the starship, this would make him the crew’s equivalent of the IT department as well. This is precisely why Scotty asking if the malfunctioning component in question has been rebooted is so funny, as it is one of the first questions any IT resource will ask. A quick reboot may actually be enough to solve many issues you encounter.

Uh oh - this meme, featuring a character known as “Disaster Girl”, can directly relate to any business’ IT needs. Data loss and other IT disasters can come in all shapes and sizes, from weather events to (as the image would suggest) the cold, empty heart of a budding sociopathic arsonist. With the right tools and safeguards in place, you can protect your business’ investments, and be able to recover much more quickly after the dust has settled.

Even the Dark Lord of the Sith understands the importance of cybersecurity (despite what the flagrant vulnerabilities of the Death Star might suggest). These meme parodies Vader’s famous line to Admiral Motti where he comments on the Admiral’s lack of faith, bringing an oh-too-accurate spin to the statement. Considering that the iconic Vader is also a cyborg, it brings an added emphasis to the importance of comprehensive cybersecurity.

Finally, we’ll end on a lighter note, despite this meme also broaching the subject of cybersecurity. As any IT professional could tell you, it is very common to encounter a user who will swear on their life that their issues are entirely the fault of the “stupid machine” they have to work with, and have nothing to do with how they have used the - ahem - “stupid machine.” However, borrowing famous talk-show host Maury Povich and his penchant for polygraph testing, this meme winks at the half-truths and fibs that these users often tell.

Memes provide us with a succinct and engaging way to communicate our messages, many of which we have already shared in every other conceivable way. What are some of your favorite IT memes that you’ve seen? If they’re PG, please share them with us in the comments!

Facebook Twitter LinkedIn
Tags:
Humor Memes IT
Tip of the Week: Business Resolutions for a Succes...
Reduce Your IT Overhead with Server Virtualization

More posts from author
Friday, May 01, 2020 There’s a Right Way to Work Remotely, and a Not-So-Right Way
Wednesday, April 29, 2020 Tip of the Week: Phishing Training Has to Be a Priority
Monday, April 27, 2020 Common Questions for Working Remotely

By accepting you will be accessing a service provided by a third-party external to https://www.2utechnology.com/ 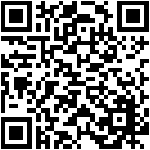